Enough arctic ice has melted that the Northwest Passage, a sailing and shipping route between the Atlantic and the Pacific through the Arctic, is now open to at least one cruise ship. Within a few decades we’ve gone from the passage being something only attempted by adventurers, and not always successfully; to military and government vessels, partly to prove they could do it; to ice breakers leading commercial vessels, to establish the routes and explore the economic benefits of a shorter route; and now to heavy duty cruise ships. The first cruise ship will escorted by an icebreaker, but even that may not be necessary if the route proves safe enough. The Arctic is opening, bad for the climate, good for commerce and tourism, and probably not temporary. 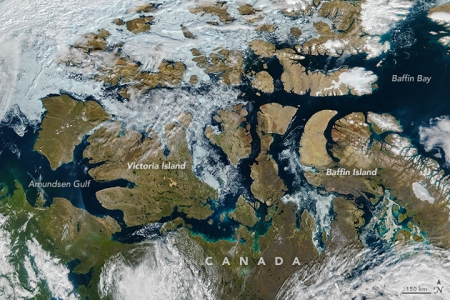