Some stories are best covered in simple terms because the next level of complexity immediately jumps to expertise understood by few. The Internet was broken, partly but significantly, because one programmer deleted eleven lines of programming. Programs are no longer self-contained packages of code written by one person. Programming has become massively collaborative, where programmers rely on other programmers to each write small programs of a few line of code or a more. Put them all together and hope they run. It works because of trust and mutually developed standards. One programmer wrote a tiny program of eleven lines of code. That small program happened to have a name that was similar to another package. In a dispute, the program was deleted and subsequently a ripple of other programs couldn’t operate. The details are in the link below, but the main revelation is that our interconnected, massively collaborative systems are impressive but also incredibly fragile. It is one reason epic hacks can succeed. It is also one reason vulnerabilities undoubtedly exist which may impact us without warning. The internet which the world now relies upon, is not as reliable as it is perceived – and yet we have no backup plan. 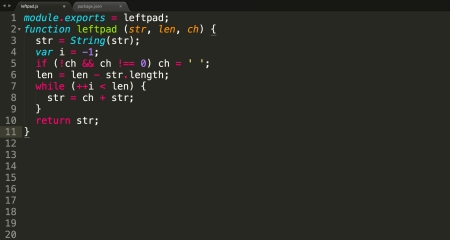