Thanks partly to the Panama Papers, it has now been possible to quantify and compare the impact of corruption in Africa. One measure is the comparison between the money flowing out of Africa and into tax havens against the money flowing into Africa as foreign aid.

Some estimates place the difference as ten time the amount of foreign aid.

Regardless of foreign aid;

“Africa’s losses to illegal financial flows negate the impact of economic growth on the continent.” – Quartz

Illegal, illicit, or unethical, one of Africa’s biggest economic issues is the money flowing out of the continent rather than into development. In this regard, Africa may be a visible and tragic example of the impact of tax havens. 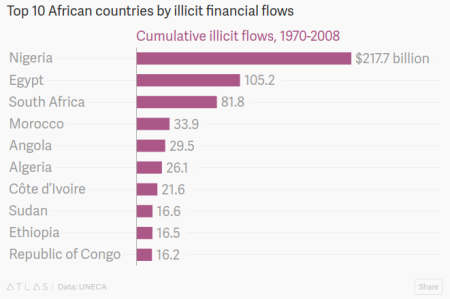