Climate change isn’t just about sea level rise. Within the last week, the number of icebergs in the North Atlantic shipping lanes has gone from 37 to 450. Typically, this time of year would have about 80, so there was a hiatus. But, such a surge suggests something more dramatic is taking place. The recent winters have been far warmer than usual (up to 50F warmer), sea ice is less persistent, and the Greenland ice sheets are melting more rapidly. Ironically, this swarm may be part of a temporary surge as the Arctic shifts from being defined by ice and snow, and becoming more ice-free (a bonus for shipping.) In the meantime, ships are having to slow down or detour – and wonder what comes next. 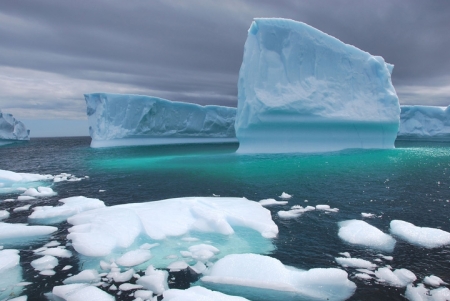 “Icebergs Are Swarming Shipping Lanes In The Arctic” – Climate Central

One thought on “Iceberg Swarms”