Oil prices are heading down, again. The rise of fracking and the subsequent oil price war drove down the price of oil sufficiently to undermine competitors (the original purpose) and destabilize governments (the unintended consequence). A temporary rise finally happened; but while prices were low, some producers and distributors stored the oil rather than sell it. A glut occurred which hasn’t been alleviated. Instead of having falling prices encourage consumption, the glut continued as unstable producers kept producing because they needed the cash, and consumers switched to renewable energies as they become more economical and available. The glut’s still there. Some competitors found ways back into the market. Unstable governments are driven to produce even more to slow any instability. In retrospect, we may have already reached Peak Oil and have found a new normal, a normal that won’t seem normal to many traditional producers, industries, and governments. 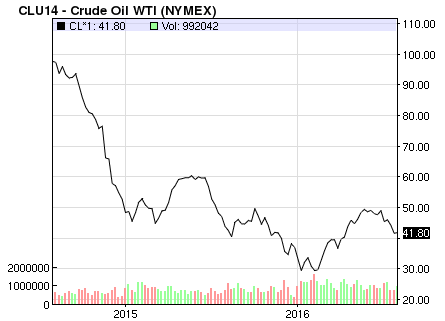