As if it wasn’t bad enough that global climate is setting temperature records, one of the most sensitive areas, the Arctic, is warming up at more than twice the rate of the rest of the planet. As sea ice diminishes, reflectivity decreases, the Arctic Ocean warms even faster, accelerating the ice melt. Shippers may appreciate the open water, but the local wildlife can be devastated, and the Pacific and Atlantic ocean currents can shift. The shift of the Gulf Stream in the Atlantic is particularly troubling for Europe because the cold water released from the north can shift the existing warm currents, dropping Europe’s temperatures and thereby shifting its climate.

“The Arctic has been warming at more than twice the rate of the globe as a whole, with average temperatures today 5.4°F (3°C) above what they were at the beginning of the 20th century, compared to an estimated global average of1.8°F (1°C)  over the same time“

While some effects are readily predictable, the repercussions involve systems that are so complex that we’re reduced to watching and reacting and adapting – and hoping. 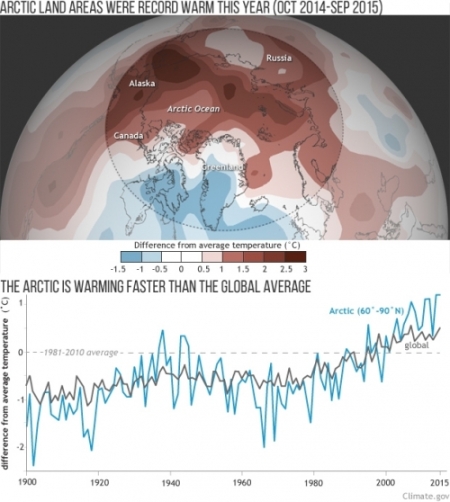