Saudi Arabia just produced a record amount of oil in June. They aren’t alone. Oil is being pumped faster than we can use it. The reason has little to do with supply and demand, and much more to do with an internal industry fight. By driving prices down, some producers hope to force other producers out of the market. The consequences have been severe in places with high production costs, like Russia and Venezuela. The depth of the drop is even affecting the Saudi government as oil revenues have dropped to the point that the country has to dip into its cash reserves to maintain government spending; which of course they can because they big reserves of both oil and cash. The situation is temporary, but has already gone on longer than most expected. 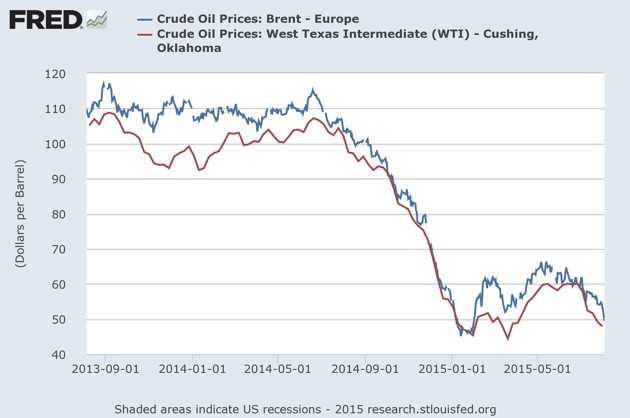 “The Game Of Chicken Behind Low Oil Prices” – The Atlantic