News about climate change has shifted from what’s possible to what’s happening – with insights into what’s coming. NOAA compiled a report, for the climate’s condition in 2018. We’re becoming numb to yet more record weather and climate stats. We’re also starting to see record economic impacts, refugee migrations, and a variety of very human impacts.

While we struggle to act, the world is reacting. The next El Nino and the continued loss of sea and glacial ice should amplify the effects. No near-term human interaction is expected to curtail those events. 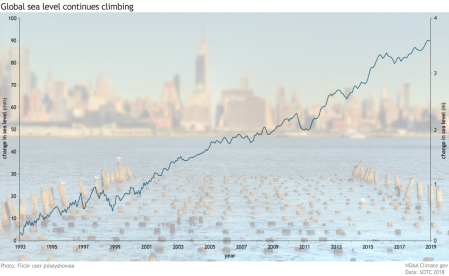 “Reporting On The State Of The Climate In 2018” – NOAA, National Centers for Environmental Informaton