If it can be done, it will be done. That’s one of the cautions about technology. In this case, someone finally took gene-editing technology out of the realm of pure research and put it into practical use. They edited a baby’s (actually babies’) DNA prior to birth. Technically, it was recognized as something that was feasible, especially since the introduction of CRISPR technology. Optimists cheer the ability to remove genetic abnormalities and complications allowing healthier babies who can live healthier lives. Pessimists worry about designer babies, parents ‘improving’ their offspring by actively rewriting their genetic code. This case is in the middle. The parents were HIV positive. The babies aren’t, and seem to be carrying an immunity to the condition. The good news is that one lab treatment can save untold expenses over a lifetime. The bad news is that the possibility exists for people with more wealth to create a new generation that has wealth and enhanced abilities. The technology may create a division in the species enabled by our economic systems. While debates flare, someone somewhere will take the next step and the next step, quietly – and may have done so, already. 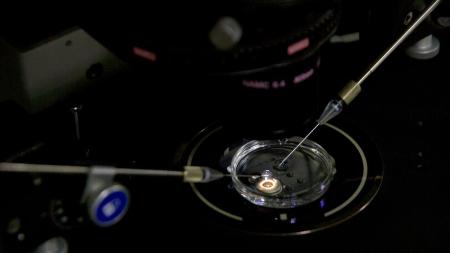