If you live in a cold climate you’re probably familiar with frost heaves, seasonal shifts in the ground that crack sidewalks and roads. The arctic is warming faster than the rest of the planet, which, instead of frost heaves, is melting permafrost. Must of that is happening in the wilderness, which is bad enough; but it is also happening in northern cities. In the cities built on permafrost, that means buildings are having shifting foundations. Usually, that’s a slow phenomenon; but it is rapid enough that there have been some injuries and many evacuations and relocations. The messier consequence are the possible thousands of oil and gas pipeline leaks. We’re no longer talking about cracks in sidewalks or craters in tundra, now the damage is extending to structures that were built to withstand arctic winters. It’s the thaw they weren’t prepared for. 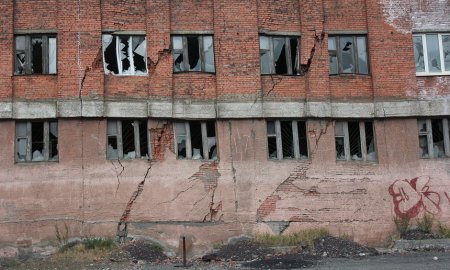