We did it again. April was the hottest April on record, and as in the previous months, the record was set by a record high margin. We didn’t just squeak past the old record, we set a record by how much we exceeded it as well. April 2016 was 0.24C, which was 1.11C above the average. At this point it will be a surprise if we don’t set the record for the hottest year as well. While the critical temperature was been estimated at 1.5C to 2C, we’re probably already witnessing some environmental repercussions that actually had lower critical temperatures. We may already have crossed the threshold into the climate shift we’ve been trying to avoid. 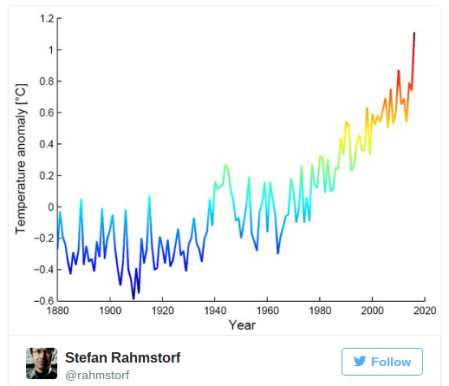