As if hacking wasn’t powerful enough, there is now a competition to create a program that will autonomously attack and defend, potentially while under attack from another autonomous hack attack. Hacks are increasing in sophistication and extent, and it may only be possible to defend against them by working at computer speeds, no humans involved. If enacted, and early systems are probably already operating, it means systems that may be out of human control. For now, humans are still required; but we are approaching the step that is the cliff that comes at the abrupt end of a slippery slope. Truly autonomous and uncontrolled systems are one element of the digital singularity, and may be a step we find we must take to maintain the operations of our digital systems. A $2M award from DARPA is legitimizing the attempt. 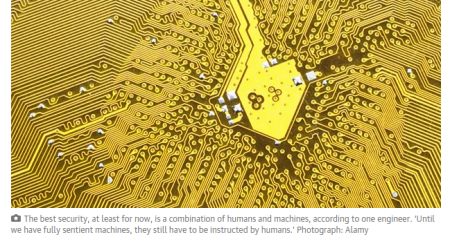 One thought on “Autonomous Hacking”