Congratulations to SpaceX. They managed to: 1) launch a rocket, which has never been easy, and 2) get at least part of it to return. One of the major accomplishments of NASA’s Space Shuttle was the ability to reuse many of the components. That can sound simple, but for rockets it is difficult. NASA managed with a massive program, billions of dollars, and built something that was part rocket, part space station, part airplane. It was also very expensive to operate. SpaceX has managed to do something similar, though simpler. SpaceX has also managed to do so as a private company. Reusing rocket parts saves money. Rockets are expensive and throwing the whole thing away on every launch is one reason. By reusing parts, SpaceX can begin to drop the price of getting to space, opening up industries and opportunities that America has missed since the retirement of the Space Shuttle. Again, congratulations to private SpaceX. They aren’t the first private space company to reuse a rocket, but they are the first to do so as part of a successful launch of a satellite. 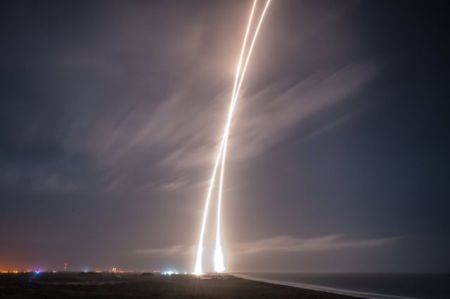