The median American has less than one year’s income in savings, including retirement accounts. That sounds like just another data point on poverty in America, but it is true for incomes as high as $100,000. Outside of retirement accounts, 25% of high wage earners have less than $3,200; and 25% of all workers have less than $2,000. Sufficient income resolves many problems, but any interruption in income requires people to rely on savings. Another demonstration that many Americans, even ones with good jobs, are working paycheck-to-paycheck. 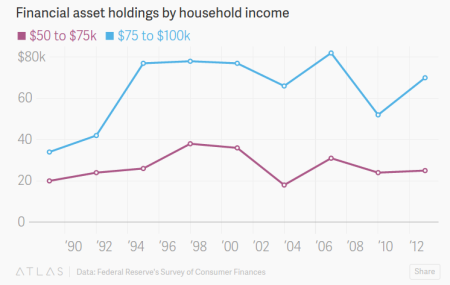