Unemployment is down. Great! But for recent grads, neither underemployment nor wages have changed. More than 44% of recent grads are underemployed. The extra years in college, the extra debt, weren’t worth it for them; except that, if they hadn’t gone to college, they’d be part of a group for whom the data are even worse. This may reflect two things: 1) job-related improvements in the economy are derived from people who already have jobs, and 2) the new generation may be experiencing the new normal for the job market. Demographics dictate that the older workers will eventually give up their jobs, but automation may step in and take some of them too. In the meantime, we have a lot of well-educated baristas. 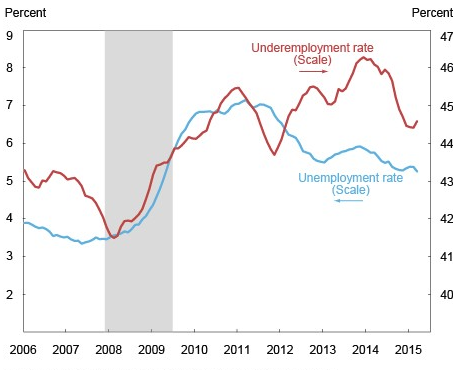 “The Economy Is Still Terrible For Young People” – The Atlantic

One thought on “Under-employed College Grads”