There are many ways to measure global warming, and this one is definitive. The World Meteorological Organization has also announced that the world reached a record temperature in 2015. Several organization compiled their data to confirm that the world’s average temperature was 1.37F over the average of the 60s through the 90s, and 1.81F over the average of the second half of the 19th century. The change could be accelerating, which means the odds that we’ll avoid the 4F guideline is unlikely. 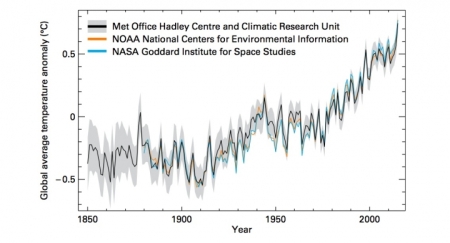 “2015 Is Officially The Hottest Year On Record” – Scientific American