The gig economy, the idea of people having lots of little jobs instead of long term single careers, has been applauded as a path to an economy that allows much more freedom. That may be true for some, but for many, the gigs are necessities, not choices.

“Another survey of 4,600 workers, recently published by Intuit, found that the average on-demand worker relies on three different income streams. Their biggest worry is having enough work and a stable income.” – Quartz

A gig economy provides freedom, but only if basic needs are already met from another source. Got a good retirement pension? Then gigs allow freedom to do more. Part of the majority of Americans who don’t have $1,000 available for an emergency? Then gigs are probably part of the struggle to pay bills for necessities. Both are realities exist, but placing them both behind the same facade hides a sad truth. We continue to search for an equitable and sustainable economic model. 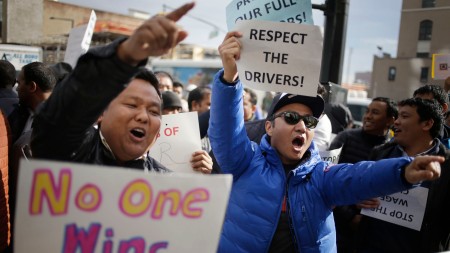 “Most Benefits Of The Gig Economy Are Completely Imaginary” – Quartz