Wealth inequality continues. The top 1% own half of the world’s wealth. The trend suggested it would happen, but it happened sooner than expected. The trend accelerated.

The greatest shift in wealth has been the reduction of the middle class, globally. The good news is that the number in extreme poverty has fallen dramatically, but their influence is small because extreme poverty is so extreme. For the next segment up the wealth scale; 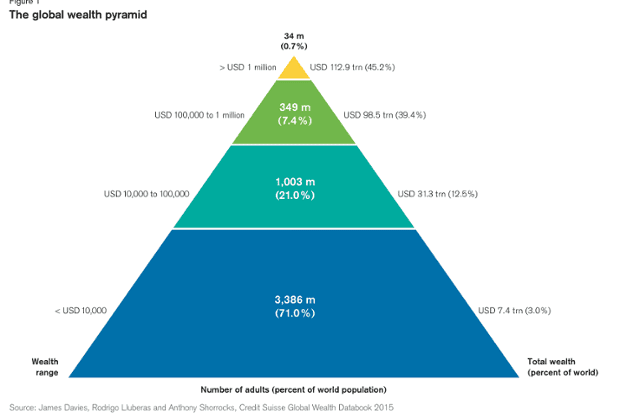