Last month, Saudi Arabia granted a robot citizenship. This month, Japan granted an Artificial Intelligence residency. It is only a chatbot, so it doesn’t have the same physical presence as a robot, but it has the lofty goal of “to familiarize some of the 224,000 citizens of the district with the local government and give them an avenue to share opinions with officials“. One way to ease the interaction was to make it a non-threatening seven-year-old boy. While this could be seen as a gimmick, granting official residency and citizenship can have great implications, especially as the number of robots and AIs grow, and legal precedents are set. The consequences of treating corporations as people had significant and unintended consequences. It would be a surprise if the same didn’t happen with robots and AI. 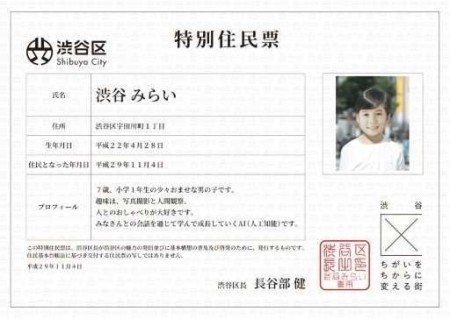 “This AI Has Officially Been Granted Residence” – World Economic Forum